Tums and Rolaids are short term acting antacids. Short term supplements and OTC antacids, such as Tums, Rolaids, and other common antacids, work within seconds and last for 1-2 hours. They act by neutralizing stomach acid. The stomach, however (as do all body organs), has a feedback mechanism. When it senses that there is not enough acid, it will start to make more acid. Because of this, the relief is short lived due to the rebounding acidity. 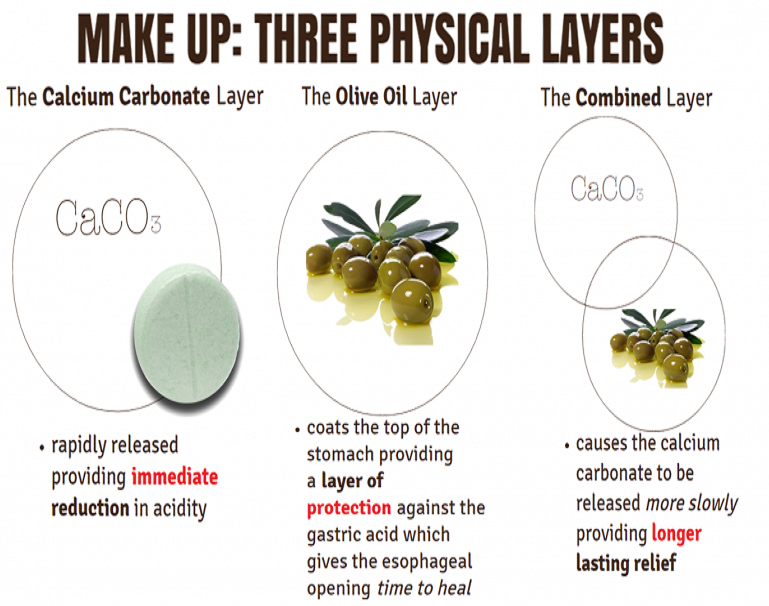 As a supplement, Episolve GI should be taken during the time of day (or night) when symptoms are known to be at their worst. Therefore, it can be used as preventive measure before, during, or after dinner, or prior to sleep in order to alleviate overnight acid reflux and morning acid mouth sensation. It can also be taken with or at the end of a high protein meal, which is known to worsen GERD. The usual dose is approximately 2-4 capsules per meal. Additional doses can be taken, but should not exceed 12 capsules per day.